The best time to visit Kenya.... 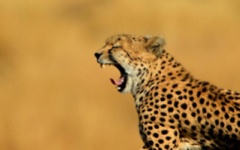 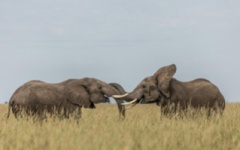 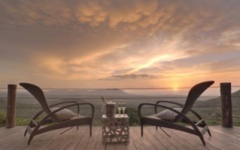 Sitting on the Equator, Kenya offers good conditions and comfortable year-round temperatures across the country, so it’s hard to define a ‘best time to visit Kenya’. That being said, there are particular months and areas that go hand in hand, offering exceptional safari and game viewing experiences.

The beauty of the Masai Mara, is that it is renowned as a year-round destination! The Mara and the Talek River provide a permanent water supply, securing an abundance of resident wildlife, including herds of elephant, prides of lion, dazzles of zebra and many more. The plains of the Mara sit on an altitude of around 2000m, making it generally milder (and damper) than similar regions, but temperatures average at a comfortable 26°C throughout the year and the African sun never lets you down!

January to March are often the hottest and driest months, offering unique game viewing experiences especially as there are many new-born animals on the plains. Some of the lodges offer special offers and low season rates so this can be a great time to travel and grab a great deal!

The wettest months are April and May, as the the long rains and the south east monsoon winds arrive. We generally recommend avoiding safaris during this period, especially as the roads can get very muddy and nearly impassable at times. A number of camps often close their doors during this window, taking advantage of low tourist numbers to work on renovation of the camp and let the grass it sits on rejuvenate. However, there is no denying this season can create some dramatic landscapes and the bird life and flora are particular good.

July to October are considered by most to be the best time of year to visit the Masai Mara. This is the most exciting time of the year to visit as the herds of the Great Migration arrive in July and graze the plains of the Mara until October time. With wildebeest and zebra in their thousands, and other species of animals that often tag along, speckled across the reserve, predators such as the cats are ready awaiting their next meal. On the other hand, one of the downsides to this season is the high visitor numbers. The Masai Mara is one Africa's most concentrated parks in terms of game and size, so vehicles shamelessly often crowd around the game. However… the beauty of the Masai Mara is that is has opened up to private conservancies, known as the Greater Mara Conservancies, so guests and vehicles are not necessarily limited to the regulated areas of the Mara Reserve. Many of the conservancies, especially the Mara North, have high game concentrations and a huge variety of luxury and unique camps and lodges to choose from. So for those looking for a quieter and more intimate experience, the conservancies are the way forward!

November to December are hidden gems in the Masai Mara. The short rains, brought in from the north, arrive in November, which often entails of short-lived downpours in the late afternoon. These showers have lots of benefits though, as they wash away the dust in the air, cool down the animals, fill up the rivers and trigger the growth of the lush vegetation. The short rains also attract hundreds of migratory birds, perfect for photographers and bird lovers.

The arid and semi-desert landscape of Samburu National Reserve and nearby parks of Shaba and Meru, offer incredible wildlife variations but can often be too hot for many in particular seasons.

January and February is followed by the typical long rains from the end of March through to May, sometimes pushing into early June. Rainfall can be unreliable, sometimes showering every day persistently, and other times only raining in the afternoon or early evening. No matter what the pattern, it will however impact your safari activities. Although the park sees new life in every area during these months, the roads are often extremely challenging and visitors are at a low, and for the right reasons.

The long and dry season between July and October is definitely the best time to head to this area, as guests can enjoy sunny, blue skies with almost no rain. During these months, water is limited due to the absence of rainfall, so the animals tend to congregate along the Ewaso Nyiro River which is perfect for game viewing.

November and December sees the short rains. Visitor numbers inside the park tend to be lower, which we think, is a blessing! Before the rains arrive however, temperatures can be pretty high as the humidity builds up, ready for a heavy downpour. For bird lovers, October to April the best time to visit, as resident avifauna are joined by a range of migratory species.

Laikipia Plateau experiences two dry and two rainy seasons. Temperatures vary, but with daytime highs of 22°C in the cooler seasons and 32°C in the hotter months, conditions are comfortable for year-round visits. Generally, early mornings and evenings are cool, so we would advise packing a fleece or a jumper... although most of the lodges will have extra blankets, a piping hot chocolate and a roaring fire to make you all that more comfortable!

January to March is the hottest and driest season in the year. During these months, water sources can be quite limited, especially in remote locations like many of the lodges. As a result, wildlife usually gathers around the last remaining waterholes or sources, which can be a blessing for game viewing!

May and April bring the arrival of the long rains. During these months, water sources and wetlands disperse along the plateau and as a result, bring out an abundance of animals. However, because of these heavy rains, many of the safari activities that are usually offered across Laikpia Plateau (bush walks, horse and camel rides, hiking etc.) are not available and as a result, the majority of the lodges are closed.

The long and dry season occurs from July to October, and as a result, is the most popular time of the year to travel. During these months, temperatures are pleasant in the day but nights are a little on the cool side, especially as most of the lodges sit at the top of the plateau. This is nothing to be worried about though, as the majority of lodges have roaring fireplaces, blankets for night drives and even leave a hot water bottle in your bed to warm it up when you tuck in at night!

The months of November and December bring in the second rainy season, which is characterised by short and heavy showers, usually in the afternoon. These months are particularly great for bird lovers, as a range of migratory species arrive at Laikipia from as far as Europe and Russia. Although the rains make the plateau lusher, be aware that some of the roads become muddy. This may hinder the safari activities, as pathways for walking safaris may become too slippery, or camel and horseback safaris may be unavailable, subject to weather conditions.

Generally, the weather in Mombasa is similar to the rest of Kenya, although the city itself tends to be more humid. January to March is the hottest and driest season, with the strong African sun shining all day long and creating daily temperatures around 32°C. Although humidity levels can be quite high, visitors from cooler countries will not complain with some winter sun!

Similarly, among East Africa, April and May, bring the long rains, although this can sometimes push into early June depending on what the weather pattern does each year. During these months, you can expect heavy rains in the afternoon and although it does not rain every day, it will happen more often than not! Days are a gamble… some days with bright sunshine lighting the sky, and others completely overcast and grey!

June/July to October are the best months to visit the southern beaches of Kenya. These months bring warm temperatures, hours of sunshine throughout the day, and a much-appreciated sea breeze… perfect conditions for a day on the beach or relaxing by the pool! Humpback whales migrate through the area during this season (from the end of June to December) and for any keen fishermen, this is the perfect time to head out on sea and catch enormous yellowfin tuna.

November and December bring the short rains which, like much of East Africa, arrive in short downpours in most afternoons. This season (the end of October to March) is the best time for marine life on the Kenya coast. These months, especially around the Festive period, are some of the busiest and most popular, so make sure you plan way in advance if you want to get your favourite property!

Where to go in Kenya:

Spanning approximately 3,000 sq kms, the Masai Mara National Reserve and Greater Mara Concession Areas form the northern section of one of the most astounding animal migrations on the planet. While the region has become busier and busier over the last decade or so, a visit to this stunning area is...

The Laikipia Plateau in Kenya is characterised by a patchwork of interlocking ranches and rolling red plains. Featuring a wide variation of stunning lodges, all unique in their own way, the region offers good game viewing along side a whole host of family friendly activities. Often featured in...

Probably the most photographed park in East Africa, Amboseli National Park lies on the border between Kenya and Tanzania, in the lee of the majestic Mount Kilimanjaro. Comparatively quite small for a National Park, at 392sq km, it is also the second most visited of them all. This is to its benefit...

The South Coast of Kenya offers a wide range of different options for the discerning beach-goer. From the wide, white sand beaches of Watamu and Diani, to the hidden coves of Funzi Keys and the secluded luxury of Msambweni and Kinondo Kwetu, there is something for everyone's palate.

Samburu National Reserve is certainly in amongst the more well-known of Kenya's parks and accordingly has become relatively busy over the years. The main areas for game viewing are along the banks of the Ewaso Ngiro that runs east to west through the park. A great location as the surface waters dry...

The Rift Valley Lakes, in particular Naivasha and Nakuru, are the series of lakes that sit in the valley that runs to the west of Nairobi, and stretches from Ethiopia to central Tanzania. The major feature, and reason to visit the lakes is for both their good game populations (white rhino is a...

The Lewa Downs is a stunning valley set in the middle of the Laikipia Plateau, deserving of a special mention, as it features probably the second best game viewing in the country. Only offering a handful of lodge choices, has become famous for the wide variety of rare and beautiful game species it...

Located in northern Kenya, Lamu Island is a hub of history. Like Zanzibar in Tanzania, Lamu Island is often considered alongside Kenya as an entity in itself. As one of the early colonising sites for the sultanate of Oman in the 13th century (before he continued down to Zanzibar and finally settled...

Making up approximately 40% of Kenya's protected land, Tsavo East and Tsavo West together span a vast area of wilderness that offers something for everyone. The area that they cover (and heading west into the Chyulu Hills) is a series of laval flows and chimneys flanked by the Yatta Plateau to the...

To many people's surprise, beyond Kenya's sprawling, traffic-blocked capital, is a hustling capital with an array of things to do and see. Admittedly, Nairobi is mostly used as an unavoidable stopover on many itineraries, but this isn't to say you should rush out as soon as you can! Many beautiful...