With some of the world's most diverse environments, Tanzania is a mecca for birders 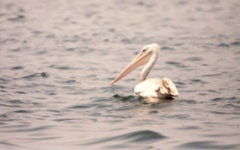 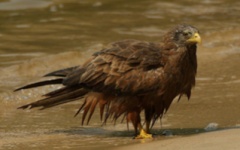 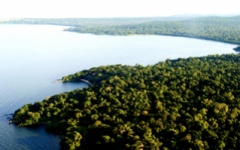 With a resident population in excess of 1,388 different bird species, and many more that come down and up here from Europe and Southern Africa, Tanzania is probably one of the greatest places on the planet for birders. From the gigantic Marshall eagle to the delicate sunbird, the elusive Shoebill to the omnipresent Marabou, there is certainly something to please any keen twitcher!

Part of the reason that Tanzania has such vast numbers and varying species is down to the wide array of differing topographies and microclimates that exist in the country. Below we have run through a few of these in the main tourism locations…but….for the adventurous, it is also possible to head further afield to really try and find a few rarities (the shoebill in the central western wetland complex of the Moyowosi-Kigozi, for example)

The Eastern Arc Mountains and the Tanzania-Malawi Endemic Bird Area

The ancient range of mountains, that dissect Tanzania from its north eastern edge to its south western edge, and that take in the Mountain ranges of Pare and Usumbara in the north, and Udzungwa and Mahenge in the south, are the oldest in East Africa and home so some of the greatest endemic biodiversity in the world.

Due to their isolation approximately 10 million years ago, the Estern Arc Mountains became a haven for all types of flora and fauna and, today, this is one of the last places on the planet where it is possible to encounter truly endemic species and, for the truly intrepid birder, some totally new species.

Probably the most important of the reserves within the EBA is the Udzungwa Range National Park which is located to the north of the Selous Game Reserve in southern Tanzania. This park is home to many of the countries main endemic species. The nearby, Amani Nature Reserve is, however, a more accessible haven for those wanting to try and see these rarities.

Birding In the North of Tanzania

The national parks to the north of Tanzania have been formed through the moving together of two tectonic plates and, as such, this is an area that is both barren and fertile in equal amounts. The main National Parks of the Serengeti, Lake Manyara and Tarangire are very good for large raptors and scavengers, but, if you are looking to get away from the “flock” then please see a few additional areas below:

The Momella Lakes – located in the north of Arusha National Park, these lakes are fed by underground streams and are a mecca for water birds in particular. Species commonly seen here include flamingo, pelican, little grebe and a variety of herons, ducks and waders are also common.

Lake Natron – fed by underground springs and the Ewaso Ngiro River, Lake Natron is one of the famous Rift Valley Lakes and sits to the north of the Ngorongoro Crater, on the border with Kenya. This inhospitable region or caustic waters and parched earth is the main breeding ground for East Africa’s 2.5 million or so lesser flamingo who rally here in the summer months of August and September. As a sheer spectacle on its own, it is something worth seeing.

Rubondo Island – situated in the southern reaches of Lake Victoria, Rubondo Island is an oft forgotten corner of Tanzania and, only now, is it becoming more developed and connected once more. This island has many great features but one of these is that, with its forested and freshwater habitats, it is very popular for bird species of all kinds.

Birding In the South of Tanzania

As with the northern parks of Tanzania, the main parks of the Selous Game Reserve and Ruaha National Parks are superb birding destinations in their own right. Please see a little information on the Selous and a couple of other destinations that are less well known:

The Selous Game Reserve – with most of the main camps in the park being located along the winding Rufiji River, the Selous is a superb park for seeing all number of bird species ranging from the fish eagle to the malachite kingfisher and the secretary bird.

Amani Nature Reserve – as mentioned in the section above on the Eastern Arc Mountains, the Amani Nature Reserve is probably one of the most exciting and accessible areas for birding in southern Tanzania and, for those looking to see any of Tanzania’s endemic species, it is a must visit.

Best countries for Birdwatching in Africa:

With a resident population in excess of 1,388 different bird species, and many more that come down and up here from Europe and Southern Africa, Tanzania is probably one of the greatest places on the planet for birders. From the gigantic Marshall eagle to the delicate sunbird, the elusive Shoebill...