A safari destination increasing in popularity... 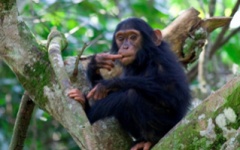 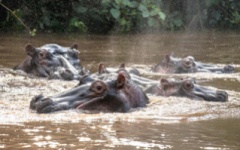 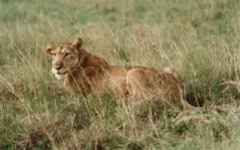 Uganda is so known for its primate experience (chimpanzees and mountain gorillas), and its activity focus (white water rafting, hiking, mountain climbing etc.), that its safari experience is often underrated. Uganda actually has the Big Five in the country so a safari here should definitely be considered.

Further north in the western region of the country is Murchison’s Falls National Park and I would say, arguably, it is one of the prettiest backdrops and landscapes to do a safari in all of East Africa. The spectacular waterfall is the main attraction and the surrounding area, of savannah and woodland in in the north and forests in the south, makes a perfect home for hundreds of mammals, predators and bird life.

Of the classic Big Five on safari (elephant, rhino, lion, leopard and buffalo), it is only the rhino that is not found here. The savannah plains in the northern region of the park is home to plain game and predators including lion and leopard. The southern region of the park is characterised by denser forests which are better environments for species of bird and the chimpanzees which are in the Bugungu Area.

The nice thing about Murchison’s Falls is that it is not your typical safari which are restricted by game drives only. The activities are varied and the most popular activity to do is go on a boat trip along the river to see the falls and look out for birding and other wildlife along the way. Of course, the river is home to the Nile crocodile, hippo and water-birds such as storks, herons and kingfishers. To find out more about Murchison Falls National Park, please click here.

In the far northern tip of Uganda, on the border of South Sudan, is Kidepo Valley. The landscape is mostly savannahs, so cheetahs can be found here, as well as leopard, lion, jackal, bat-eared fox and hyena. The plains game is also in high numbers, and large buffalo, elephant and zebra herds can often be seen. As with much of Uganda, bird life in Kidepo is also fantastic.

The experience here is representative of other safari destinations in East Africa. You stay in a safari camp or lodge, and head out on a game drive early morning and then again in the late afternoon. Bush breakfasts and sundowner drinks are also included which, in the safari world, is a necessity! You can also opt for a walking safari where you will focus on the smaller things of the bush, as well as visit a local community. To find out more about Kidepo Valley, please click here.

A final park to consider is Lake Mburo National Park, located in the western region of Uganda. Since around 1985, the wildlife in this park has been in recovery and it is, in the main, a wetland/swamp habitat. The lack of savannahs means that there are no elephant or specific plains game in the park. What it does have however, is a good variety of mammals including lion, buffalo, impala, hippo and hyena, as well as around 350 species of bird. This includes the renowned shoebill stork!

The great thing about Lake Mburo National Park is that it has a variety of safari activities that you can do. This includes day and night game drives, walking safaris, boat rides and horse riding. A good option for the end of a Uganda itinerary as you can take a more leisurely safari pace here.

When to go to Uganda:

The best regions for Uganda Safari:

In the southwestern corner of Uganda sits the most biologically diverse forests in Africa - Bwindi Impenetrable National Park. The forest is part of the Rift Valley Mountains that stretch over three countries – Uganda, Rwanda and the Democratic Republic of Congo – and the most famous reason to...

Uganda has several forests and national parks in which chimpanzees can be found and the park you visit will depend on the experience you are wanting – whether that is a chimpanzee tracking experience, or a chimpanzee habituation experience. Habituated chimpanzees mean that they are accustomed to...

Located in the northern tip of Uganda, Kidepo Valley National Park is a vast wilderness in the remote Karamoja region, on the border of South Sudan. The landscape is compromised by spacious grasslands, seasonal rivers and mountains ranges leading up through Uganda, Kenya and South Sudan.

Located in the northern region of Uganda, Murchison Falls is a waterfall found on the course of the great Nile. This is where the Nile squeezes through a narrow 8 metre gorge and cascades down to become a placid river and often a trademark rainbow.

Founded in 1952, the Queen Elizabeth National Park is located in western Uganda and is formed of a variety of ecosystems homes just under 100 mammal species and over 600 bird species. As a result, for obvious reasons, is often included in a Uganda itinerary. Vast savannahs, lush forests, glistening...