Undoubtedly one of Africa's real jewels for any type of safari 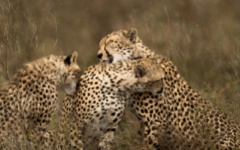 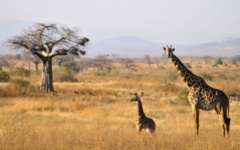 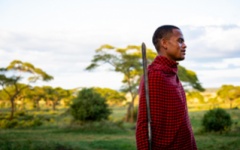 Many would consider that a Tanzania safari is similar to that of either Kenya or South Africa, in that the country caters to the mass tourism market and, with such huge draws as the Serengeti and the Ngorongoro Crater, it is bursting at the seems. This is, however, completely untrue and, even in these more famous areas of the country, the safari and wildlife approach has been one of trying to conserve the animals and areas for the long term rather than trying to get as many camps as possible in there and to reap the rewards for the short term.

Please take a look at our run through of the most important questions to ask yourself initially and links through to more information to cover each.

How much time do you want on your Tanzanian safari?

More often than not, this question is usually dictated to you by a number of factors. For example, a Tanzania safari to the Northern parks of the Serengeti, the Ngorongoro Crater, Lake Manyara National Park and Tarangire National Park is, due to the driving times and distances, usually not possible in less than 5 nights. For this reason, the northern safari itineraries tend to start at a higher price than those to the southern parks. Another affect on your desired amount of time is budget. Safari is, undoubtedly, one of the most expensive holidays these days and, as such, the longer you spend the more expensive the overall itinerary. We generally recommend that you look to go on a safari to Tanzania for anything up to a week which will merrily allow you to visit all of the northern parks or, if you prefer something a little simpler and with less driving, then the Southern parks of the Selous Game Reserve and Ruaha National Park will give you a few really quality nights in the bush without breaking the bank. For those looking to have only a few days of safari then the perfect option is to head straight to the Selous for a few nights and then, within an hour, on to the beach in Zanzibar.

When should you go?

Another really important question to ask yourself is when to travel out to Tanzania. In our When to go we have covered the main period of the year and where is best to travel to but, with most game movements dictated by the access to water, there are definitely certain times of the year that are superb and certain that might not be rated as highly but that can have their hidden gems. As destination experts we can help you to pick the right spots and camps as we have stayed in all of them in all times of the year!!

Are you keen to see any species of animal in particular?

Where most of the safari parks in Tanzania have a good range of species such as wildebeest, zebra, Cape buffalo, giraffe, lion, leopard etc. there are certain of them that have some species and not others…and others that have certain species in abundance…please see the below overview:

Of course, this park is famous for the vast numbers of wildebeest that annually migrate around the park and, as times for a super-herd of up to 2 million wildebeest, zebra and gazelles. Read more…

In the months of June to October Tarangire National park is the meeting place for thousands of elephant that all come here from such far flung locations as Amboseli in Kenya. It is almost as impressive a site as the migration herds in the Serengeti! Read more…

This stunning volcanic crater is home to some of the best viewing of black rhino anywhere in Africa and, for those that really want to see them, it is a must-visit destination. Read more…

This beautiful safari park, in the south of Tanzania, is one of the last true strongholds of “African Hunting Dog”, aka wild-dog. The park also features plenty of water-based animals such as hippos and crocodiles and is also very good for leopard and elephant. Read more…

Arguably the best park in Tanzania to head to if you are keen on seeing large prides of lion roaming around. It is also very good for cheetah and the occasional wild dog sighting. As it also shares a border with Zambia it also gets plenty of southern African wildlife. Read more…

The home of chimpanzees and, as such, a destination in itself for them. Read more…

What safari activities do you want?

With a whole range of biodiverisities, Tanzania can offer a spread of different safari activities.

One of the ultimate ways to experience the bush, a walking safari allows you to “feel” the environment with all your senses. While it may not provide the big game experience of vehicle safaris, this is definitely a must try experience. Good parks: Selous Game Reserve, Ruaha National Park, Serengeti National Park.

For some reason, many game species are less skittish if you approach them by boat (elephant in particular) and, as such, this can be a very peaceful and interesting way to experience safari. Good park: Selous Game Reserve

Far and away the most employed manner of going on a safari in Tanzania, the vehicles that we recommend are either closed sided 4x4 vehicles or open sided 4x4. These are a very good way of being able to cover plenty of ground and, with animals becoming more and more used to seeing vehicles, you can often get very close indeed! Good parks: The northern parks, the southern parks

What type of accommodation are you after?

Again, this question often comes down to budget as many of the more expensive properties are the more permanent ones and, as such, the lower budget may exclude these anyway. This being said though, even for those on the more expensive budget, we still tend to recommend some of the luxury tented camps to real feel a part of the wilderness around you.

Our favourite camps in Tanzania

Don't really know what you are after?

Have a look at our useful safari itinerary section which gives you a few price brackets and options or, alternatively, send us a quick email with your rough dates and any ideas and we will be happy to give you a call to discuss or send through an email with some tailor made options for you to have a look at. CONTACT US>>

When to go to Tanzania for safari:

The best regions for Tanzania Safari:

Superlatives about this fantastic park flow regularly from the mouths of those that have had the fortune to be able to come and visit this, Tanzania's third biggest National Park...and for good reason. Featuring hippos pods of thousands, denning crocodile, super herds of buffalo and predators...

Lying to the east of the plains of the Serengeti, the Ngorongoro Crater is arguably one of the locations to see in Africa, providing a unique opportunity to see world class game viewing in a spectacular setting. At approximately 19kms in diameter and around 600 meters in depth, the crater itself is...

One of the largest designated game areas in Africa, Nyerere National Park (formerly the Selous Game Reserve) is approximate two and a half times the size of Wales and is truly one of the last frontiers in Africa, with game roaming freely and unimpeded throughout. The main focus for the safari...

Approximately an hour and a half flying time to the west of the Selous, Ruaha National Park is often paired with its neighbour and provides the perfect foil. Where the Selous is verdant and riverine, Ruaha is barren and sparse. Where the Selous has elephant, hippo and crocodile, Ruaha has lions,...

Arguably the most famous destination for safari in Africa, the vast, open plains of the Serengeti epitomise, for many, what Africa is all about. In the Serengeti National Park the grasslands are roamed by millions of wildebeest, zebra and others, while being stalked by some of the continent’s...

Tarangire National Park is often overlooked in Tanzania's northern safari circuit. Only and hour or so's drive out from the city of Arusha, this is arguably one of East Africa's last discovered jewels and is well worth including in a visit up here. Often dubbed as the main reason to come here, the...