The question of when is the best time to visit Tanzania is a question that we are often asked and, in a nutshell, every season has its highs and lows. In this article, however, we have endeavoured to sum up what you should expect at each time of the year as well as giving you a few of the best accommodation and location tips based on our many years of travelling out to this fantastic country... 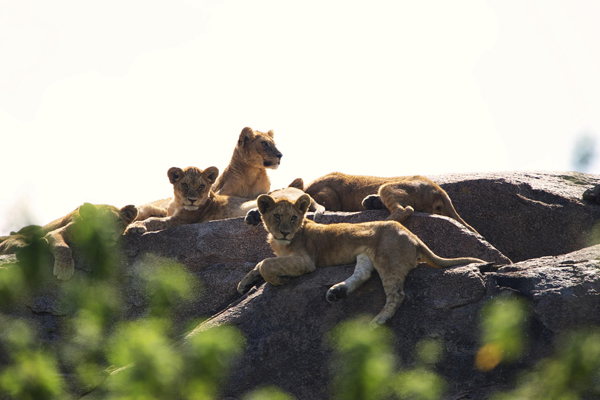 The weather in Tanzania, situated within the tropic of Capricorn, varies little in its temperature range throughout the year sticking to an average of around 30 degrees Celsius during the day and dropping to a comfortable 15 at night. The main variation to the impact of the temperature is both the humidity and the annual rains. The main rains in the country arrive around the beginning of April and run through until the end of June, traditionally. We talk about where to head to in this period below but, needless to say, it is worth considering a raincoat as the downpours are full and often! The second, slightly less strong, rainy period, is from the beginning of November (around 2 weeks later on Zanzibar) to the middle of December, roughly speaking. The humidity in Tanzania varies throughout the year with the driest and hottest period in the country starting in mid-June and running through to the end of October. This (as discussed below) is known as the "dry period" and is a reliable time to head out to Tanzania as it offers good game viewing along with a comfortable climate. From November until the main rains in April, the humidity starts to climb in the country with the most humid (and, arguably, most uncomfortable) period in January and February. There are, of course, exceptions to this that are mentioned below. For more information on the weather, year round, please go to our When To Go page.

The best time to visit the Serengeti National Park 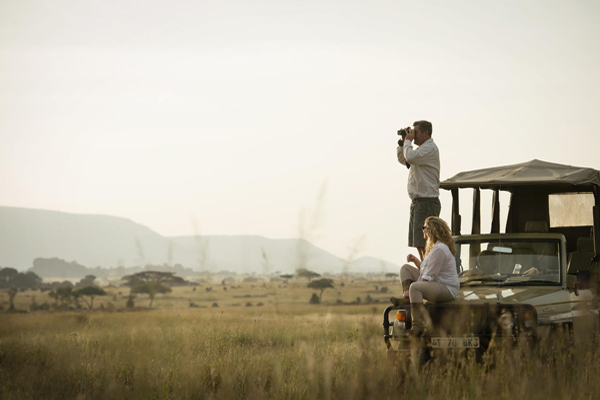 Although the Serengeti offers fantastic game viewing all year round, there are particularly months that would be deemed as the best time to visit the Serengeti National Park. During the months of December to March, the Migration herds in the Serengeti will be located down in the very southern areas of the park and so this is, arguably, one of the best times to visit the northern parks. While the country is more humid, the high altitude at the Ngorongoro Crater and the open expanse of the Serengeti mean that you don't feel the heat here as you would in other areas such as the Selous. With great game numbers, and plenty of new calves, this is definitely one of the best times to go and camps such as Ndutu Lodge, Olakira Tented Camp and Nomads Tented Camp tend to get booked up well in advance. April and May is a good time to head up to the northern parks of Tanzania as the game is still good (with the occasional break for a storm or two), there is virtually nobody up here, and the prices are at the lowest of the year. Our top tip is to get yourself a Landcruiser for this period as it can become very difficult to get around otherwise. Arguably, the best time to visit the Serengeti is between June and November. This is the period when the great migration herds have reached the northern-most point in their cycle, and the herds are crossing rivers, and moving northwards. It can be an absolutely superb time to visit and, for those that are on a lesser budget, it is worth aiming for the central regions of the park in June or early November to have the best chance of seeing game. If I had to pick the best time to visit the Serengeti, it would be this period. For those with a little more to spend, you are in for a treat! The very northern region of the Serengeti, known as the “Lamai wedge” is one of the most impressive and less well known regions of Africa and, on its day, has some of the best game viewing that Africa offers. It is true that this area is becoming busier and, as such, more expensive, but, in our view, it is definitely worth the money! For more information on the Serengeti, please click here.

The best time to visit Selous and Ruaha 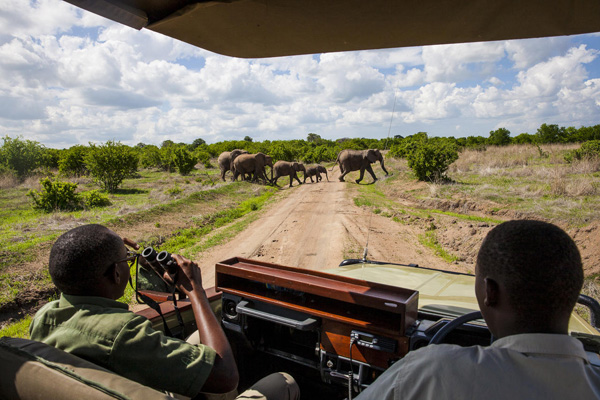 The southern parks of Selous and Ruaha are slightly more seasonal compared to the northern parks and there are particular months or windows that are the best time to visit Selous and Ruaha. The period between December and March is probably one of the best times of the year for those that are keen on birders to come to both of these stunning parks. With the short rains, the Selous becomes quite a bit greener and, as such, the game becomes quit a bit harder to actually see. But, this is the time in the year when the European migratory birds arrive into this region of Africa and, therefore, the park comes alive with males displaying and the sound of birds of all types and variety. April and May sees the start of the long rains and due to the use of bush runways in both of the parks, as with Katavi and Mahale, the Selous and Ruaha, and all of the properties, are closed for the couple of months. The best time to visit the Selous and Ruaha National Parks is in the mid June to November window. The lesser known parks of Tanzania, in the south, are certainly one of Africa’s last true strongholds for game and safari enthusiasts. Both of these parks complement one another perfectly with walking and boating safaris in the Selous, and walking and night driving in Ruaha, completing the “set’ of safari activities. The game viewing, as the parks dry back, becomes frenzied in and around the main river systems and, as such, the parks regularly offer game experiences that rival the northern parks and with much more intimacy and privacy. For more information on the Selous and Ruaha, please click here.

The best time to visit Mahale and Katavi 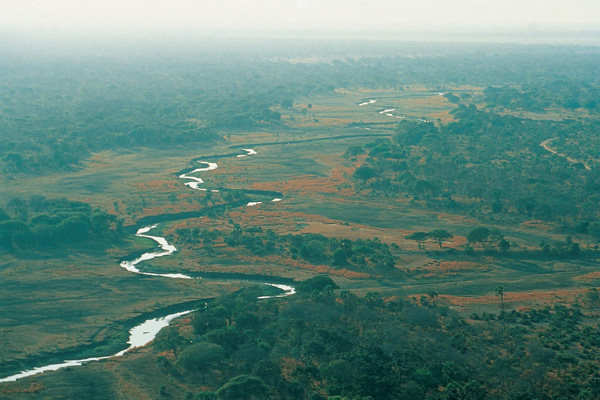 Katavi National Park, while one of the best parks in Tanzania, is a very season park and, while it is still accessible in these months, the period between December to March is not considered to be the best time to visit Katavi. Mahale National Park, likewise, becomes a lot harder to access by plane as the airstrip becomes a long mudslide into Lake Tanganyika! For this reason, and the fact that the park will be very humid, we would not overly recommend heading here in this period. Similarly, the months of April and May are deemed the best times to visit Mahale and Katavi as the remoteness of the parks makes them tricky to access in the rainy season. As with the rest of the parks, the period between June and November is deemed the best time to visit Mahale and Katavi, as the dry season is when these two parks really shine…in particular Katavi. With its open grasslands and vast buffalo herds, the daily gauntlet to the water side is a spectacle that few will ever witness. Some would argue that you are better aiming for later in the dry season, when things become more and more fraught, but we think it is a great park year round. Mahale and the chimpanzees are also one of Africa’s highlights and there is no better time to visit than in this period. The lake shores of Tanganyika provide a welcome retreat from normal life and are a great substitute for a beach holiday, and the interaction with the chimps really rounds this magic place off. For more information on Mahale and Katavi, please click here.

The best time to visit Zanzibar

As with the national parks, Zanzibar does become quite a bit more humid at this time of the year and so it can, if the wind is not blowing, be a little uncomfortable in the evenings. The period between December and March is not a bad time to head here as the beaches are far less busy, and the weather is fairly reliably sunny on the east coast of the island. Choosing a property with air conditioning such as Mchanga Beach Lodge, Breezes Beach Club or Essque Zalu is essential... but be aware that many of the properties will have a minimum night stay or peak season rates during the festive period. During April and May, the island is a bit of an enigma as far as the weather patterns are concerned as, when it is raining heavily on the western side, it can be completely dry on its eastern side. Fortunately the eastern side is where all of the beach properties are located and, as such, with a bit of luck you can still enjoy really good weather at absolutely rock bottom prices! Another great time to visit Zanzibar is between June and Novemeber. Zanzibar at this time of year, as with all of the coastal destinations in Tanzania, becomes the idyllic, Indian Ocean paradise that you are looking for. White coral sands lapped by azure blue waves…what is not to love!? For more information on Zanzibar, please click here We hope that this has give you a bit of a taster of what Tanzania has to offer in every season and can see what time is best to visit the Serengeti, Mahale and Katavi, Selous and Ruaha and Zanzibar. Please follow the links or give us a call if you would like to discuss things further or if you would like us to put together an itinerary for you.

5 reasons to visit Samburu National Reserve
Luxury Kenya Safari
The Ivory Game: the must see documentary
Top 5 things to do in Nairobi
Special offers 2017
A Kenya honeymoon guide
Top 5 camps in Kenya for honeymooners
Why Kenya safaris are good for the soul
5 best places to sleep under the stars in Africa
Why does sustainable tourism matter?
What to pack for safari: 7 alternative items
What the Laikipia Plateau has to offer